A downloadable game for Windows

This is a window into another world. It doesn't end if you close the game, but your life might. Don't be afraid to die.

The atmosphere is very compelling, as is the idea of each character dying but leaving changes behind. The main problem is the puzzles are kind of illogical. Was there any hint that spicy meat would kill the second-floor monster? And please don't tell me it ends on "to be continued"!

Dude, thank you for playing my game! I had to rush this so much as the jam deadline hit and in the end had to end it with a "to be continued". The spicy meat was just the most reasonable thing I could think of in the context if what items I had made by that point, I plan to flesh this out and finish it for when I put it into my grand game which will be Skullz 'n Skeletonz. Meet you there, perhaps?

I look forward to it. Godspeed, Pizzamakesgames

I'm enjoying this game but on windowed mode it keeps crashing after a death, any ideas?

This is a cool and interesting game...I very much like the graphics, the aesthetic, all that. It seems pretty creepy, which is nice. Maybe the text could use some editing, but that's a minor thing...

My real problem with it was that while there were hints of creepiness, it wasn't clear what I should DO. I got a bunch of stuff from the apartment—was any of it necessary? I found a box where I could store an item—but why would I do that? I was killed(?) by a bug—then I had to start all over, I think?

I just felt like there should be a more explicit goal, or subgoals, things to work toward...some feeling like I was making progress.

(Also there doesn't seem to be any way to quit the game, I resorted to Alt+F4. Of course, poking at keys I noticed that F2 brings up some sort of console!)

Anyway, if you do more work on it I'll be interested in trying it out again. ;)

Hi there! There are quite a few puzzles to solve and ways to progress, it's hinted at in the game's description on it's page. The game does keep going once you die, if you restart it and choose to continue, everything you did in the apartment, like putting an item into that box, stays the way it was even if you close the game (or the game closes on you). I like to leave that stuff for the player to figure out, though, so I can understand your frustration if you didn't know cause not a lot of games put enough faith in their players to do that these days.

You're absolutely right about there not being any way to quit the game in fullscreen mode, though! I only ever tested it windowed where there's a little x to close it. Guess I gotta implement that, or pretend you're in it for good once you decide to open this window into another world. spoooooky~

Reply
Neco The Sergal5 years ago(+1)

Very weird game, though the 'difficulty curve' of what may be the start of the game of trying to solve the mystery and get by seems a bit much, so much theorizing is needed to understand the mechanics and premise - not that I'm saying the core is bad but only the really hardcore I'd believe would bother to push on to the end.

Reply
Neco The Sergal5 years ago

Thank you very much for the entertaining LPs! Matter of fact, I've just released a minor update to the game that incorporates a lot of fixes based on what you were confused/frustrated with, so, thank you doubly!

Reply
Neco The Sergal5 years ago

Usually it's either what I think are glitches or bugs ends up being intentional by the devs somehow, so am glad at least this time feedback is helpful! 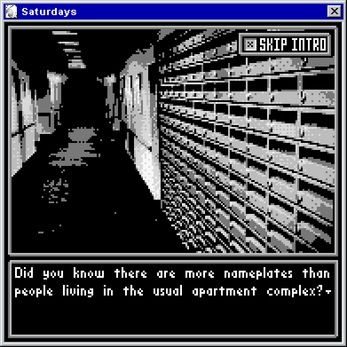 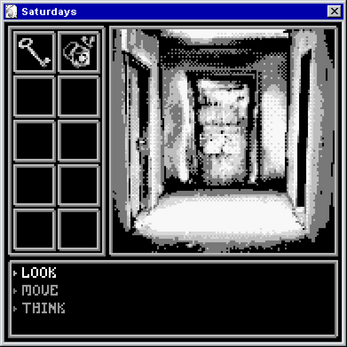 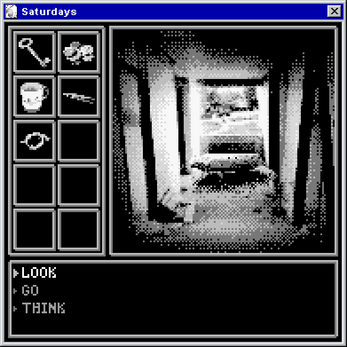